To have the optimal experience while using this site, you will need to update your browser. You may want to try one of the following alternatives:

Stopping the Migration of Fire Effects in Your Camillus Home 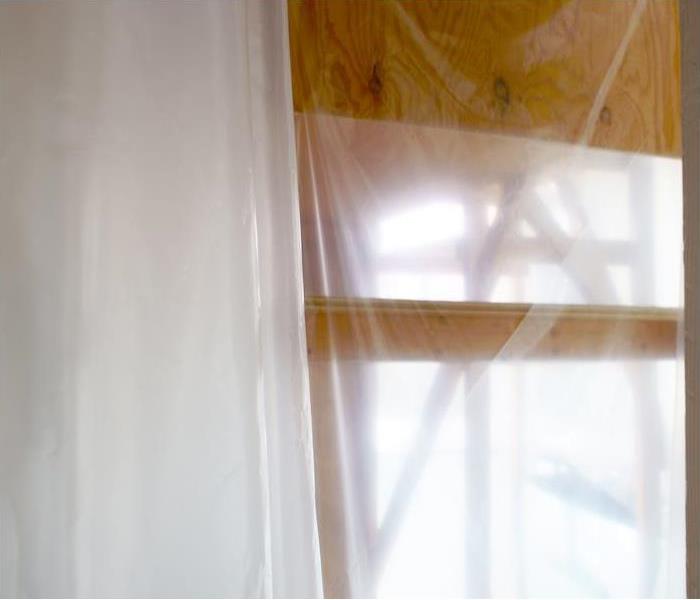 Plastic sheeting can be used to prevent the spread of fire damage to unaffected areas.

One of the most substantial obstacles that even our professional restorers face after fire losses in Camillus homes is stopping the migration of these effects so that our mitigation and restoration tactics can take hold. Containment is a considerable aspect of the work that we do, as these efforts help to limit the movement of airborne effects like soot, odors, smoke, and other particulates after the extinguishment of a fire.

The establishment of work zones helps our technicians to immediately address the concentration of fire damage in Camillus homes without allowing these same hazardous effects from reaching unaffected regions of the property. While much of the containment work can occur with the combined uses of hydroxyl machines and air scrubbers, our SERVPRO team can hang 6mil plastic sheeting to physically deter the spread of particulates as well until the air gets filtered appropriately.

Another effective means of preventing the spread of odors and particulates throughout the house is to shut down any operating HVAC or heating system in the house. Circulating the air through these ducts can force soot, smoke, and odors into areas that would otherwise remain unaffected.

Our SERVPRO of SW Onondaga County team has to approach fire losses carefully to protect the properties of our customers, to make a loss, “Like it never even happened.” Give us a call today at (315) 488-3900.